A couple weeks ago – back before things went to hell in a handbasket and I no longer have one of my three jobs – I went on sort of a spending spree and picked up some items I have tried before but needed to reacquaint myself with. Recently, I have cut back on spending but found some great deals and new products that have rocked. So here they are!

Maui Island shoes: I have tried on at least four pairs of Sperrys, hoping I’d like the way they look on my feet. But I just never did, and at their outrageous prices, no matter how badly I wanted them, I simply could not afford them. SO, I went scouring ebay and found a pair of Maui Islands and took the risk. They look shockingly similar and I think I ended up paying 20 bucks for a used pair, still in good condition. They are comfortable and look snazzy. 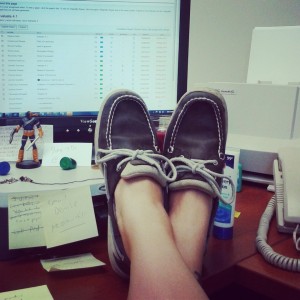 SHEEC – no show socks – After getting the shoes, I found that I needed some kind of thing within the shoe to a.) protect against blisters on the back of my heel and b.) protect my pedicure. These, from Amazon, are amazing. They fit well, don’t slide off my heel, and make wearing the shoes incredible comfortable.

Red Fun – soap from LUSH –  I needed something else from them and took a chance on buying this kids’ soap. Don’t let the picture fool you: it comes in a cylindrical shape but it IS like clay and the kids mold it into shapes. Then it becomes a rich lathering soap that, while leaving a little bit of red in the bottom of the bathtub, smells great and makes my kids happy.

Silky Underwear from LUSH – I have gotten this product before in the summertime. See, women with larger boobs need some sort of drying compound. That’s just the way it is. Plus, pregnancy hormones are pure evil so I am well-equipped with this each morning, making me able to brave the North Florida heat. This stuff is totally worth the money; better than any normal powder.

Bath and Body Works – Moonlight Path soap – As Dave can tell you, this is a pretty good scent. (Though he clearly knows far more about it than I.) When home last, my mother and I stumbled upon a HUGE sale at B&B and on a whim, I decided to pick up the foaming handsoap version of this scent. The reason it was risky? Ash is very weird about smells. I was kind of worried he’d hate it, but I thought about how Dave liked it so I got a bottle anyway because it was half price. I surreptitiously removed our regular SoftSoap Aloe hand soap in the main bathroom and stuck in the Moonlight Path. The first thing I noticed was how awesome my bathroom smelled, since my boys are crazy hand washers and do it constantly. But what brought it all together was a conversation Ash struck up one night. “So, uh, that soap in the boys’ bathroom…” (Oh no, I thought. Here comes the criticism) “We need to make that the permanent soap in there. Like, forever,” Whew! Crisis averted. 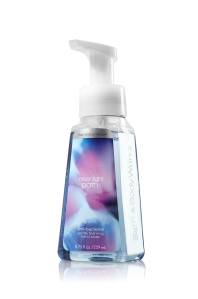 Welche’s Fruit snacks –  Ok, this one may sound silly but I am addicted to these things! Got a huge box at Costco for the boys – small bags for lunches, etc – and found myself reaching for one. There is something so tasty about these little gummy fruits! 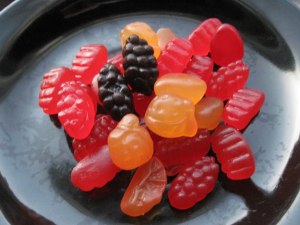 Talenti sea salt caramel Gelato – At four dollars a pint, it’s a bit pricey but if you like the combination of sea salt and caramel (very popular right now) and the texture of gelato, then this is well worth it. It’s so creamy! 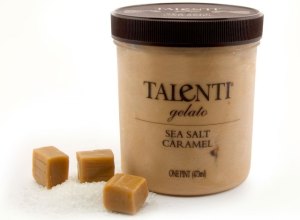 Eat Smart veggie salad kit – When my doctor told me my hemoglobin was low and I needed more dark leafy greens, they recommended kale. While perusing the multitude of bagged salads at the store, I stumbled on this. I was a little afraid to try it because I had a major salad aversion early on in this pregnancy, but I went for it today, adding in a ripe avocado as well. The kale/broccoli mixture is fantastic and the poppyseed dressing not overwhelming. I ended up eating about half the bag, which made the perfect lunch. For bagged greens, this is pretty good. I think it cost me about $3.69, which ain’t bad for two meals! The only thing I didn’t really detect were the brussel sprouts. I assume they were chopped up/shredded like the broccoli but it was hard to really pick out. 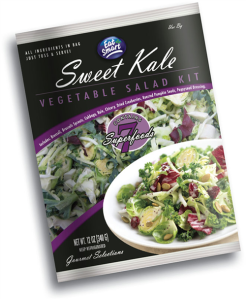 5 thoughts on “Products I am totally into lately”