Sunday night notes:  I sound like such a whiner but I feel like I’ve been off work FOREVER. And though I am irritated by work and do not look at it as the refuge it once was for me, I do think I am ready to get back to it. I left work midday Tuesday and have been off ever since. Let’s see. Tuesday, we didn’t do much. The kids played their dumb xbox game and I cleaned. Wednesday, my first full day off, I did a bit of prep for Thursday. In the mid-morning, kids and I ran to Fresh Market for the last couple meal items and then Publix for lunch stuff. They ended up playing with the neighbors a while.

Thursday, we all got up at 6:30 and put on our race clothes. I ran with Dakota for her first official race – just the mile. My boys ran the 5k and Ash, the 15k. They all did very well, then we went home and I started on the meal. I think we ate a little after 3: turkey, mashed potatoes, mac and cheese and cornbread. Not all the traditionals but it’s what my family of five likes. And since we were alone, we could do what we wanted. I must say, I SAT – A LOT. I mean, I really did relax during these days off. However, I also got stuff done. I cleaned and got my inside Christmas stuff up. Ash put lights up outside and I feel good about all we accomplished.

I will say though, I feel like I have been with my kids a wee bit too much. They’re really irritating me. In fact, I am in a blah mood in general. Though that’s normal around this time. I am excited for Christmas but stressed too. I am weirded out by this warmish weather today and wanting cold but know when it is cold I will start hunkering down and feel lazy again. I want to get things done at the same time as I want to relax. I don’t know what I am feeling now. Maybe I’m thinking about the days off from December 21st until January 3rd and realizing how long that will be. LOL.

Monday morning – Is it actually Monday? Because campus is dead. And in fact, looks like two co-workers aren’t even in yet. At least, according to our internal chat program. I get it: it’s hard coming back after break. Funny how quickly we acclimate to that lifestyle: getting up when you feel like, not with the alarm. Leisurely cups of coffee, making general plans and going with the flow. Weather today is once again gray and depressing; the temp should drop throughout the hours and then it’ll be cold again. And as mentioned, I tend to be a bit lazy in the cold. I like to be active all the time but the cold makes me sit in my chair under a blanket and just stew about how I don’t want to get up and do anything.

Ahh freebie week. Trying to figure out what to share with you. I always gear up for Xmas with some Emmett Otter songs. Pretty sure I am the only person in the world who both remembers and loves this dumb old Jim Henson special.

and because I don’t think I’d yet shared this gem from the newest Metallica album:

OMG when James says ‘Light it up, oh light it up’, I sort of die a little inside. I love his voice so much. //heart eyes. 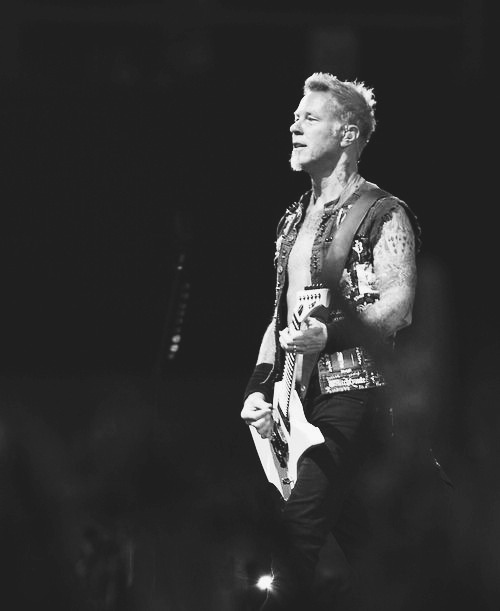 6 thoughts on “MMMM + Thanksgiving was good and too long”