In high school, friends and I used to hang out at Denny’s. We drank coffee and smoked clove cigarettes and talked about films. Yeah, we were pretty pretentious. Yet, we were sitting in a greasy diner. After going to college, I ditched the Denny’s for a better environment: the local coffee shop. This was in a time before everyone went to Starbucks. I do mean, before the mainstream person became obsessed with coffee-like drinks. (No offense to you frappucino drinkers but I feel like it’s just not coffee.)

Anyway, my friends and I would go to a place called Epitome, a darkened living-room type place underneath some other spots that beckoned to the underground crowd in college. Have you ever read “The Perks of Being a Wallflower”? Yeah, the kind of people in that book were the ones who went to Epitome. They were the 90s version of beatniks and the nerds who liked chess. Some occasional punks but the straight-edge ones. My friend Chris was the main person who went with me and I knew I could always count on him to say ‘yes’ if I asked to go. Originally, we went to study or talk about the couple classes we did take together but eventually, I went to ogle the barista, Tigger. You guys, Tigger was beautiful: tall, skinny but muscular, had a ginormous Mohawk, straight-edge tats on his knees. He wore tattered jeans with a flannel tied around his waist paired with a tight black tank top (in those days, we called them wife beaters). Sometimes he wore a skirt and black combat boots. And I was in love.

Chris put up with me and my obsession; sure we drank our coffee and studied but I was more interested in studying Tigger’s biceps, the curve of his ass. I knew he was entirely unattainable of course. He’d have no interest in me; I was a little too pudgy, a little too boyish for his tastes. But something interesting happened as I went there at least 3-4 times a week and studied his behaviours. He got on particularly well with another of the employees there. I didn’t know his name but I took to calling him Toby, I have no idea why. I saw how friendly they were and I got it in my head that Toby had feelings for Tigger (much akin to my own) and that was when I, a young writer, penned my first ever slash fanfic. Of course, both main characters were Mary Sues but it turned out pretty well, for my first ever foray into writing gay characters. Or whatever they were. Who needed labels? They were two young boys in love. I think in a way, it was a safe place for me. I could still ogle Tigger but I made him safe; he didn’t care about me in that way and I could stop stressing about talking to him because he was no longer a conquest. I am sure in the end he was entirely straight and a regular old guy but still, he ended up in this very early piece of writing.

In the years following, I’d write many more pieces of fiction, some fan, some serious. Some with gay characters too. I don’t exactly know what happened to Tigger (or what his real name was) but I saw him in the Publix meat section probably about 8 years ago. In case you were wondering: he was still gorgeous.

(Here’s what it looked like back in the day) 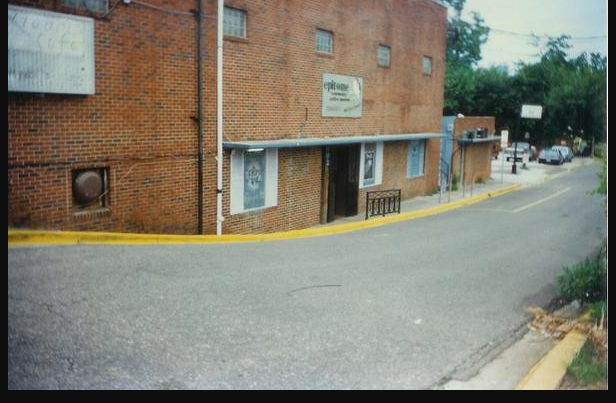