1.  Do you find yourself influencing your world, or is it more the other way around?

Let’s say a little of both. I’d like to say I influence my children, though they rarely listen to me. I m moved by certain things in my world, but not many. We were just discussing last night how Facebook is literally the worst place to discuss politics and yet… and yet…

2. July 14th is National Tape Measure Day…the device was patented on this date in 1868. When did you last use a tape measure? Do you always know where to find one in your house? Tell us one way in which you feel blessed ‘beyond measure’.

Oddly enough, I used it to measure a cake pan. It had directions for both 8 and 9 inch rounds so I figured I’d make sure. We also keep two tape measures on top of the fridge, which is the strange because all other tools are either in the garage or the utility drawer. Of course, I am blessed in that my kids are healthy, smart, and funny. Also, we have really good health insurance. I always consider that a huge blessing.

3.  The Plaza Hotel (Eloise), The Land of Oz (The Wizard of Oz), Narnia (The Chronicles of Narnia), The Hundred Acre Wood (Winnie the Pooh), Wonderland (Alice’s Adventures in Wonderland), or Never Never Land (Peter Pan)…which storybook land (on this list!) would you most like to visit and why?

Oh, this is a no-brainer for me: Wonderland. I used to watch/read any and all incarnations of Alice when I was a kid and I was so enthralled by the insanity of that place. So whimsical, yet also sort of scary. 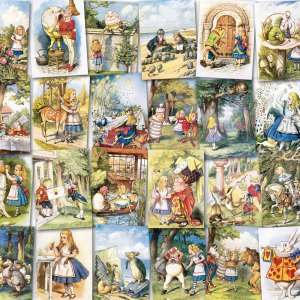 4. Where and when do you get your best ideas?

I usually feel inspired right around the time I wake up and/or right before I leave work – not sure why.

5. So what have you been watching on TV this summer? Anything good?

No. LOL. When Game of Thrones ended, we haven’t picked up anything else. We got a new box to play stuff through and there’s an option for WWE network but it doesn’t seem to work right now. That would be cool because I know they play old wrestling matches.

6. ‘Don’t swim for an hour after you eat’, ‘Dog days of summer’, ‘Knee high by the fourth of July’…choose a summer saying from the list or share one of your own, then tell us what image or memory comes to mind when you hear it spoken.

I chose “The summer night is like a perfection of thought.” – Wallace Stevens. I keep thinking it’s going to cool off at night but it doesn’t. I let my dogs out and step outside for a moment, barefoot on the brick steps, and listen to the crickets – the cacophony of insect sounds buzzing all around. It’s quiet otherwise, even in the middle of town. Sometimes, even after 9 pm, I see a firefly here and there. There’s something peaceful and poetic about summer nights.

7. In a single sentence, sum up one life lesson you’ve learned.

Always strike a balance between everything. This has helped me immensely to not completely lose my mind.

On Sunday night, we decided to go outside around dusk (bad time for mosquitoes, I know) but the kids wanted to play some basketball. We also were firing these rocket copters we got and generally having fun until Isaac landed one on the roof. 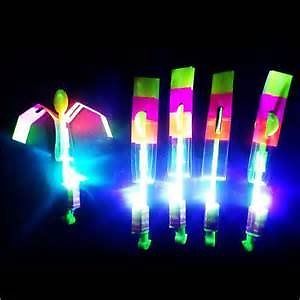 Our house isn’t super tall so Ash suggested he’d help one of the boys get up there to grab it but, surprisingly, both of them were scared. This was interesting to me because, typically, boys like climbing and adventure. Mine usually do, to a certain degree. We went back and forth from Ell to Isaac, vacillating between being courageous to go and scared to death. Finally, Isaac managed to get up there but oh, that was when it all fell apart. He was too scared to get down!

He cried a ton and then finally got brave enough to jump down into my husband’s arms. Sure, we could have gotten the ladder but this was a good lesson. When he finally came down, he cried, and Ash cried and they had a moment there with trust. I get the feeling my kids don’t implicitly trust us. I remember feeling very trustful of my parents’ ability to keep me safe.

I wonder where we ever gave them the impression they couldn’t trust us?

One thought on “Wednesday Hodgepodge – Summer, whimsy, measuring up”