1. My hubs spent last weekend pheasant hunting. Are there hunters in your family? If so, what do they hunt? Which of the following have you tasted-pheasant, rabbit, venison, duck, goose? Which of those would you most like to taste or be most willing to taste?

Vegetarians keep calm and Hodgepodge on.

We do have hunters, as a good bit of my dad’s side hails from Southern Alabama.  I have had mostly dove and deer, though I tried duck once; a bit gamey for my tastes. I’m willing to try any and all, though maybe not raccoon, which people have been known to eat…

2. What high spot have you visited that gave you a wonderful ‘bird’s eye view’ of something below?

The first one that came to mind is the (former) Sears Tower in Chicago. I can’t remember what the new name is…Oh yes! Willis tower. Anyway, we went all the way up to the 103rd floor – pretty sure that was the observation deck – and I could see for miles. We saw the city and tiny little boats in the harbor. 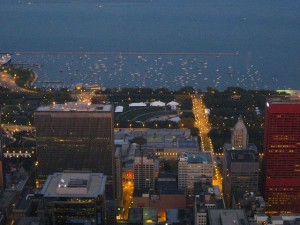 3. Do you have any birds in your home? These could be either real live pets or decorative, as in prints, fabrics, knickknacks, or pottery.

In general, I am not too keen on birds but I do have a cute owl on my kitchen windowsill:

4. Tell about a time you killed two birds with one stone.

I do this all the time! Can I think of something now? No! It probably had something to do with going to a place where I could also get something done that helped someone else out.

5. Your favorite song with a bird in it’s title?

6. What most recently gave you goose bumps?

Ever since my oldest was maybe 3 or 4, whenever the kids get some kind of cut or scrape – even though I am not upset for them – when I look at the cut or scrape, I get this all over shudder and goosebumps. I can’t explain it; it’s this subconscious thing that happens.

7. Halloween is this Friday…any plans? Did you trick or treat as a child? Carve pumpkins? Share your most memorable costume.

Because Ash and Ell will be out of town (having a good time at my FIL’s house; they apparently have a huge party and a big neighborhood Trick or Treat thing) we’ll be joining my friend, Carrie, and a few other of her friends. She’s having chili and hot dogs for the kids and then we’ll go house to house.

I loved T&Ting as a kid! Personally, I still like it, but I know it has waned in popularity in the last decade or so (ok, since 9/11) and this makes me sad. I think the costume I remember the best, not because it was special, but because of what happened, was when I was a ninja in 8th grade. My friend, Tracy, and I were combing through her neighborhood and we turned down the road where a kid was killed by a truck. And we accidentally walked right over this part of the pavement where people had spray painted their condolences. It was super creepy and we ran all the way back to her house, scared. I think I even peed a little.

We are not carving pumpkins this year, though I did get some. I am letting Isaac decorate the smaller two with these stickers I found that turn them into a vampire and owl, respectively. The past few years, my dad has been here and has done the carving for us, but not this year!

I know a local woman because of a one-time Passion Party I attended and we’re friends on Facebook. Whenever her husband travels for work, she puts out this FB post sort of praying to the Airline company; something to the effect of, ‘you have my other half and please keep him safe.’ As my oldest and hubs travel today and fly out tomorrow, I can’t help but think about this. I was raised Catholic and though I may not go to church that often, I do still believe in the power of prayer and will be hitting up my version of God for some extra feel-good vibes. And hopefully, my two guys will be safe and sound. I guess it can’t hurt to add in some requests for patience and strength to solo parent my younger two!

4 thoughts on “Wednesday Hodgepodge – Birds of all sorts, etc”