1. When you think about your future what do you fear most? Hope for the most?

Oof, this is a rough one. I don’t know if it’s my biggest fear but I sometimes worry that my kids will veer away from our teachings. Obviously all kids are influenced by outside things but I hope they remember the right way to be and make good choices. And similarly, that’s my hope: that they all grow up to be hard-working, responsible people who make something of themselves. I want them to have families and be happy.

2. September is National Chicken Month. How often is chicken on the menu at your house? What’s a favorite dish made with chicken? What’s something you’re a ‘chicken’ about doing or trying?

Often enough. We have all manner of grilled chicken, nuggets, and chicken tacos. My personal favorite was an Italian dish my mom made as a kid called satimbocca, that included prosciutto and was baked. SO yummy.

Something I’m chicken about trying is running a marathon. I once started training for one but then I had my appendix out and got too far behind on training. So the longest run I did was 17 miles and THAT seemed a long way. Could I even do 26? (And do I want to?)

3. What are three things you don’t own but wish you did?

Hmm, tough because I am trying not to buy anything. After moving so much of our stuff out for the impending move, I like owning less. I guess if I had to pick, I would say:

Birkenstocks (actually, I wish I hadn’t gotten rid of my old ones)

4. Would you rather be a jack of all trades or a master of one? Elaborate.  If you answered one, which one?

Definitely JOAT. I like knowing a little bit about a lot of things; that comes in handy in everyday life.
5. Ketchup or mustard? On what?

Hmm, ketchup on fries. But mustard (and mayo) on burgers and hot dogs. Mustard is more varied because different kids can go with different types of meats. Ketchup, not so much.

6.  Insert your own random thought here.

Well, the hurricane is headed our way. For those of you not familiar, I live here: 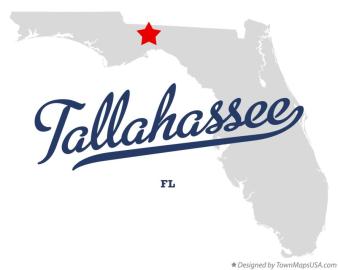 Hurricane Irma is now projected to turn north at the tip of the peninsula and make its way north, which means we all get some. I got a big ass bag of ice yesterday – because last September, that is the one thing I meant to get – and we’re just waiting to see. My grandfather and disabled aunt live in Palm Beach and though I offered my home to them, they are going to hunker down in their houses. Admittedly, they have lived through many a storm; have concrete homes with shutters. If it hits from the southern end, they will be better off than if it comes in at an angle on the eastern side.

In 1992, we lived in Hollywood, about an hour north of the real damage done by hurricane Andrew. We lost trees, had no power for days, and I remember looking out my bedroom window (one of the few that didn’t have a built in shutter) and seeing the insane wind. It was gray and dark but the trees slanted sideways and it was just like you see in Weather Channel footage. I was 13 and scared to death. My sister slept through the entire thing.

I hate not knowing how much to prepare but suffice to say, I’m on edge. Let’s hope for the best!