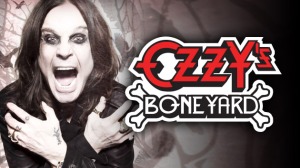 I think I’ve mentioned before that the Ozzy’s Boneyard station on XM radio does this Ultimate Sinner thing wherein one lucky listener gets to play five of their top songs. FYI, The Ultimate Sin album came out 30 years ago this past Monday. Anyway, I have done my research and heard this radio thing a few times so I know what kinds of music the winners are playing and how much they’re saying about each.  It isn’t much – maybe a few sentences – but I decided to write up a little ode to each band I’d pick and I thought today might be a good day to showcase them.

So, here are five bands – chronologically – who I love and who have influenced my life. (And the song I’d play on the show.)

I grew up an Mtv kid; no lie.  I was one of the few kids I knew to even have cable and we had that big old wooden panel cable box with about 75 billion buttons and a long ass cord snaking to the big box TV. My dad was – and still is – a TV junkie, so I was exposed to quite a bit early on and I was entranced by music videos. I can remember watching the Hot for Teacher video when I was maybe six or seven and feeling something akin to infatuation when I saw David Lee Roth. When you’re that age, you have no idea what sexual attraction means but you can understand bits and pieces of the formula and he was one of the guys I’d wait around to see. That song, as well as others from that album like Jump and Panama had me hooked on that band. Their sound was edgy but accessible. I also felt like there was something forbidden in the lyrics and the sound of Roth’s voice so of course, I wanted that and more. I would classify them as my very first rock obsession.

When Appetite for Destruction came out in ’87, I was only eight years old but I had been groomed by my father to appreciate all types of music. He used to sit me down at the record player with big old headphones and pick random albums for me to hear. I’d run the gamut of bands like the Stones, the Beatles (I owned my own copy of the White Album), ELO, Jethro Tull, and many others. I think most kids might have objected (mine sure hate what I play!) but I loved the opportunity.

As I mentioned, my dad also exposed me to a lot of Mtv so in ’88 when the Paradise City video dropped, I knew this was a band I had to know more about. I’m pretty sure this was one of the very first cassettes I bought for myself at about the age of ten. Even then I had a thing for the glam aesthetic. Halfway through middle school, my musical tastes would turn more towards a more hard-hitting style with less flashy front men but at this time, I dug the long hair and sexy moves of Axl Rose.

The song that had the biggest impact, even though it didn’t have the radio play like Paradise City, Sweet Child o’ Mine, or Welcome to the Jungle was Nightrain. I remember when I went to the local church fair with my mom – early because she had to work a booth – and I managed to get on the Himalaya all by myself. Being the only person on a ride just as the sun is setting over the midway is a transcendental experience if I’ve ever seen one. So I was about 11 or 12 and waiting for my friends to arrive and riding all alone. The cars began to move and if you know this ride, the gravitational pull blasts you to one side of the car as it spins and rattles up and over the track. The carnie played Nightrain at the loudest volumes possible and as it vibrated my eardrums and I spun seemingly out of control, I was at the height of a middle schooler’s musical bliss.

I entered the sixth grade at 11 years old, one year before the Metallica Black album would be released. Sixth grade was a really crucial stage for me and my development. It was in that year that I realized who my true friends were and what I was into.

I’ll never forget the day that my friends from elementary school – the popular ones who also happened to be cheerleaders – booted me from their table. It wasn’t some big to-do. I got my food in the cafeteria and when I went to our normal table, some other girl was sitting in my seat. And not one single person went to bat for me. Resigned, I spied a table with some others girls I sort of knew from English class. They were slightly nerdy, smart, definitely not popular. But they welcomed me with open arms. Jamie and Tracy became my very best friends and we all, coincidentally, loved rock and metal music. I remember Jamie’s mom dropping us off at the mall and being so excited to spend my allowance on the cassette tape of the Black album. To date, I think it was the hardest I’d ever listened to. Sure, I’d listened to the likes of Maiden and Sabbath in passing but I had not come to realize their inner workings the way I did that Metallica album. It was with those twelve songs that the idea of metal being a genre and a lifestyle took hold in my mind.

I remember this guy we all thought was a loser, Gary. He had long hair and always wore a Metallica shirt. He skipped often and spoke to no one and at first, I thought that was your typical metalhead. I’m sure some of them were, but not all. I look back and wonder whatever happened to Gary and realize that as a community, we were all a bit outcast, a bit weird and different but we still belonged to that group. And that pretty much firmed it up for me.

Though I bought the Black Album first, I’d have to pick Master of Puppets for the show because it’s such an all-around complete Metallica song. If someone asked me what one Metallica song I think they HAVE to hear, that would be it.

I lived in Hollywood, Florida until December of 2014 when my dad moved us four hours north to Orlando. I wasn’t really mad at my parents for uprooting me but I wasn’t too happy about leaving my life-long friends either. I’d always been sort of an angry kid anyway and my transition to a new school and to making new friends was pretty hard on me. But I met this one girl who instantly became my lifeline in that new school.

Rachel was a smoker, a skinny, soft-spoken girl who drove a Dodge Neon and worked at Dominoes. She was opposite of me in almost every way until she discovered that we liked similar music. One morning when I got in her car for school, she handed me a copy of Pantera’s Vulgar Display of Power. I carried it around all day in my backpack, feeling like I was holding contraband; it felt so forbidden and I couldn’t wait to get it into my then brand new Sony Discman. The second I got home and closed my door, I popped in that disc and cranked it up. I don’t know if I had ever heard anything so angry and cathartic in all my life. I needed that then; Phil Anselmo’s voice, so guttural and primal. Pantera was the basis for everything I listened to going forward. Sure I strayed here and there but I remember getting to college and when I was frustrated by my failing algebra grades or losers in group projects, I’d go back to my shitty college apartment and blast the hell out of those CDs. My roommates never understood but I didn’t need them to.

My song pick here would have to be I’m Broken from Far Beyond Driven. I was so excited to go buy that album myself. It’s one thing to be given a CD but to attain it yourself feels like nothing else.

What metal fan doesn’t  have a couple Maiden albums in their collection? I bought The Number of the Beast in probably ’93 or ’94 but I honestly don’t think I was ready for the complexity. I was more interested in the fact that it probably made those people who were anti- metal quake in their boots. It’s only been in the last decade that I realized what a huge boon to the world of rock Maiden truly are. Maiden’s style is so hard-hitting and complex and all around talented that I can’t even express how much I love them. Admit it, Bruce Dickinson’s vocals are straight up amazing.

I’m the mom you see in her Honda Element, blasting Aces High as she drives through downtown. I don’t always listen to Iron Maiden but when I do, so does everyone else at the red light! Up the irons!

For my radio song, I’d pick Infinite Dreams from Seventh Son of a Seventh Son, which is such a complete album from start to finish, it was hard picking just one!

I’ve strayed – I went through a Frank Sinatra phase and I’ve certainly listened to a LOT of prog rock (Tool!) but no matter the months I spent listening to Country or the entire Jimmy Buffett songbook, I always come back to these bands.

So there you have it: my Ultimate Sinner playlist. I might trade out Pantera for Ozzy; I think it fits the bill more. And I’ll probably tweak some of my write-ups for the email I send to them but I’m both excited and nervous. I hope they pick me; I really do! Here’s hoping.