I didn’t take many this week so I will just pick some I have liked on Pinterest.

Since we’re house hunting (sort of), this is the kind of porch I want: 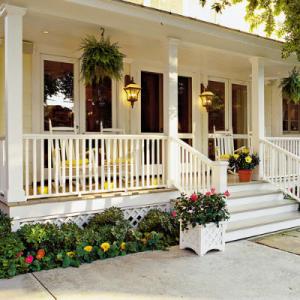 I also want an entry:

And a huge yard (preferably larger than this but like this):

And I just might do this in my house come December: