That’s the tag line for Lauren Dane’s Second Chances. I know I pick her books a lot but I never explored the character named Jude Callahan in this one, whom I totally loved and hated, at times.

Jude is the boy that Rori, now back in her hometown after a bad break-up, has always lusted after. In high school, she was overweight and awkward and even though Jude was the bad boy/popular jock type, he spent time talking to her, since his half-brother dated her sister. Her being back in town triggers something in him… I would say a conquest of sorts now that she’s attractive. Then again, he looks different too:

He looked good, too. His hair, which used to be long and blond, was now much shorter – had to be, she supposed, to be a cop. Short or long, it was still very sexy.

He had a different mother than Max, so while Max had blue eyes, Jude bore his mother’s blue ones. He wasn’t as broad or as tall as Max either, but he still stood at six feet and had, from what she could tell, and from a detailed set of memories, nicely defined arms. 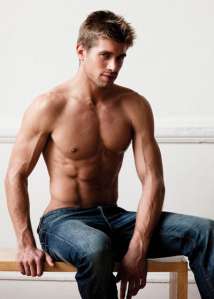 Jude has to fight for her and it’s a complicated thing but they eventually make it work…. in the beginning of the book. The thing about Jude is that he has a rough streak… a sort of need to dominate. One of my favorite lines,

“You can and you will. It’s what I want, Rori. Your pleasure is mine.” 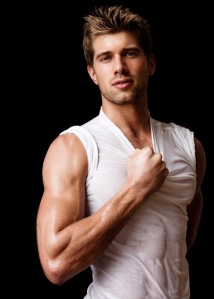 In the end, a lot of crazy stuff happens. She breaks it off, meets Zach, that ends horribly (and I do mean HORRIBLY, but no spoilers here) and hence, Second Chances, things turn out alright. Jude definitely was a flawed character and I liked him for it. The book is worth reading, especially if you like a little bondage. 😉 Like whoa!

8 thoughts on “My Book Boyfriend – You can go home again”