I found this on The Un Mom and I’m up to the challenge. I think I’ll even do it in acronym fashion. 🙂

(And it WILL be random, my pretties.)

T is for:  Tedious, which is what the work is that I am doing right now. Again, it’s semi-secret work but let me tell you, it makes my brain hurt. You know that scene in Nightmare Before Christmas where the doctor opens his head and scratches his brain? I feel like I need to do something similar; massage my brain into action.

U is for: Useless, which is kind of how I feel today. I began the day with a headache, the kind where sinus pressure causes your head to swim each time you bend over or turn. It kind of feels like vertigo, which, while a cool word, is not actually very fun.

E is for: Ectoplasm. Isn’t that a neat word? It reminds me of Ghostbusters and specifically, the scene where Slimer is eating all those hot dogs and he’s cramming them in his mouth the way Cookie Monster does.

Solomon Grundy,
Born on a Monday,
Christened on Tuesday,
Married on Wednesday,
Took ill on Thursday,
Grew worse on Friday,
Died on Saturday,
Buried on Sunday.
This is the end
Of Solomon Grundy

Except, DC also used it for a character:

D is for: Discombobulated, which is – by far – one of the coolest ways to say confused. I like to think it most accurately describes that split second between sleep and awake, right as your husband reaches over to turn off the alarm but accidentally hits that radio button instead and since we don’t use the alarm clock radio, it’s all static and garbled annoying DJ voices and I want to take my pillow and smash it into said husband’s head because my god, man, it’s six effing fifteen and I was sleeeeeping!

A is for: Adam Lambert on American Idol, who is pretty dreamy, though gayer than Christmas. (And don’t I always seem to be drawn to the gay ones? What is with that??) I’m really pulling for him to win because I think he has the most talent out of the three remaining contestants. Tonight, the non-impressive Kris goes home and next week: showdown between Danny and Adam, Adam ftw. 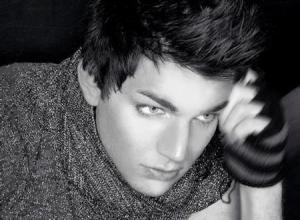 Y is for: Y: The Last Man, which I began reading the other night. This is supposed to be one of the premier graphic novels and something “everyone should read.” Without being too spoilery, Yorick is the last man on earth after some freak accident. At this point, it’s pretty much all we know and he is trying to get from Boston to California to retrieve a scientist’s clone info to see if they can repopulate the earth. The writing is solid and also pretty funny, even in such a grim situation.

So there you have it. Feel free to do this little Tuesday exercise. I found it quite amusing. And it helped me procrastinate just long enough…