1. What do you think about luck?

My husband is always saying, “Sometimes it’s better to be lucky than it is to be good.” And to a certain extent that’s true. There’s a number of X-factors in the world and sometimes they work in your favor. I know a lot of people who seem “luckier” than some but it might just be a numbers game and the way things fall into place or not. My husband is definitely luckier than I am, that’s for sure.
2. Not counting your own backyard, what’s a favorite green space in your town, city, or state?

I’m going to go with the Fern Trail. It’s near a big open pasture but it’s a really nice piece of land with running trails and tall trees and it’s basically right in the middle of town. 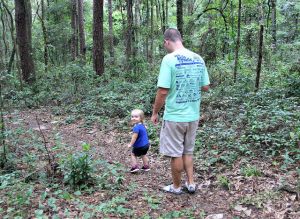 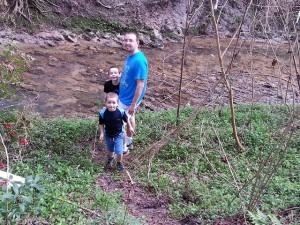 3. How do you make your life more complex than it needs to be?

By worrying about things that are out of my control! This has always plagued me; I have this tendency to think that worrying actually accomplishes something. I need to be more conscientious about which things I can actively fix and which things need to be set aside.

I am going to go with an amusement park – any. I think it is a fun thing to do with families and your friends with families. I might enjoy them more that way.

I guess that was Luke Bryan in October 2013. I can’t believe it’s been that long. I would rate it a 10, as I had such a great time. I really need to go to more concerts, darnit.

6. March 14th is National Potato Chip Day. Are you a fan? Your favorite flavor? Besides potato, what’s your favorite chip type of snack?

I like chips ok. I have veered away from them in recent years and the only ones we keep in the house are Pringles. Truth be told, I rarely eat them. Every now and then I will eat some cheddar and sour cream Ruffles because those are fantastic but for the most part, I don’t eat chips. My favorite chip type snickety snack would be Goldfish. Do those count?

7.What rule is most important in your home?

Hmm, tough one. We have some general rules about not throwing balls and you can’t eat on the couch. But I think the major rule is that you need to be respectful and mindful of each other. Of course, this doesn’t always happen. I mean, just this morning Elliot threatened to lock Isaac outside, Isaac panicked and somehow knocked Elliot over and then all hell broke loose. I love mornings!!

Groan. I am not feeling it today. I have to teach in a little bit and I don’t wanna. I have a lot of grading to do today. And I don’t wanna. I also have to run later and – you guessed it – I don’t wanna. Actually, I am not dreading running as much as everything else. If it’s not raining later, a quick 2 miler might be a nice way to unwind. Though I have no grand illusions of losing a ton of weight before beach season, I am hoping to at least be in slightly better shape by mid-May.

6 thoughts on “Wednesday Hodgepodge – Luck and other things”