I don’t know how possible it is to influence a mere 18 month old boy but he did something yesterday and then, when I found out the details, I put two and two together.

Elliot bit a kid yesterday. He was apparently sitting next to him, messing with the kid’s hair and then he bit his head. They claimed that he broke the skin but I am not entirely sure how damaging it was. Ash called me when he picked the Boy up and sounded rather distraught. However, when I spoke with his teacher this morning, it seemed to be not that bad. Supposedly, this other kid is being mean to the other children in their class. So, Elliot hits that one kid. I think I have given him a Batman complex! He seems to be “saving” the other kids from the bad one, the villain shall we say.

Granted, there’s a lot of Batman things floating around our house. Someone even gave him a book with sounds and crap for his birthday. Maybe, somehow someway, he understands.

I know I’m being silly here and there’s no way this is possible but I was amused by my discovery nonetheless. I know this is part of it all; teaching your children the correct behaviour, not indulging certain inherent behaviours. I know males are naturally “more aggressive” but that doesn’t mean they will always beat up on whoever makes them angry. You don’t want a bully but at the same time, I don’t want him to be so passive that he’s the kid getting pushed down every day, getting his toys/lunch money/whatever else stolen from him.

So I guess we need to hone his skills, make him a good little toddler but not stifle him to the point of passivity. It’s tough with boys. They say girls are more difficult because of all the drama and emotions but think of all the horrible things that men have done in this world? That’s a heavy burden for any parent. Ugh.

And just for fun: 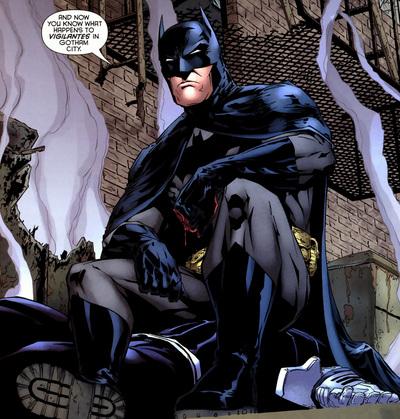 3 thoughts on “Taking it one step too far”