My boys are here anyway. It’s their “Fall break”, which is a nice cover up for “Jewish Holiday but we’re too PC to say hey, let’s let them celebrate their religion and not have to go to school.” Instead, we all suffer. SO dumb. I’d be totally ok with them allowing a certain religious group to miss school without penalty. Why must we all be penalized? ANYWAY, let’s get to the Qs!

1. What have you ‘fallen for’ recently?

OK so it’s a little bit of old news but I recently rediscovered Culture Club, you know, from the 80s. They have so many good songs and I just love them so much. Boy George is so awesome! I appreciate how much he stood up for himself and wasn’t afraid to be who he was, even though he’s pretty non-traditional.

2. What’s something you’re ‘squirreling away‘ for later? 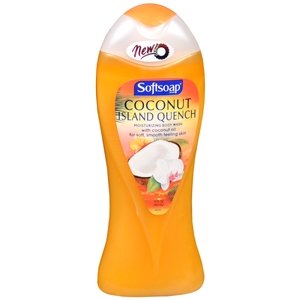 It kept going on clearance so I was worried the scent wouldn’t last (this was last summer). Luckily, it has stayed around. But every time it is on sale or has a coupon, I buy one. I am addicted to this smell.

3. How do you like your apples? Sweet? Tart? Crisp? Cooked? Apples are one of the superfoods for fall…how often do you eat an apple either plain or as part of a favorite recipe? What’s your favorite variety?

I really like apples to be super sweet – Honeycrisps are awesome! I prefer my apples in some kind of cobbler; I don’t really like apple pie because I don’t care for the crust. I do, however, like cheddar cheese on my apple pie, odd as that may seem.

4. According to Fodor’s the ten best fall foliage trips in the US of A are-Aspen Colorado, The Catskills New York, The Berkshires Massachusetts, Columbia River Gorge Oregon, Green Mountain Byway Vermont, Enchanted Circle Scenic Byway New Mexico, Great Smoky Mountains of North Carolina and Tennessee, Upper Peninsula Michigan, Lake of the Ozarks Missouri, and Glacier National Park Montana. Which would you most like to visit this fall and why?

I think I’d like to go to Vermont. Long ago, we used to sojourn to western NY for vacation (we’re going again in June!!) and it was such a lovely trip. I’d be very happy to return as an adult.

5. The topic of legalizing marijuana was raised in the most recent televised political debate so let’s wade in too. Twenty-three states and the District of Columbia currently have laws legalizing marijuana in some form. Four states have legalize marijuana for recreational use. Your thoughts?
I am all for free choice. If you want to do that, fine. But know that there are consequences, as for most things. I don’t, personally, see much difference between drinking a six pack or lighting up a joint. Recreational drugs are recreational drugs; to me these are very similar. I also think that we’ll get rid of the stigma it now has if we legalize it. Much like other countries have done with sex and violence, once we no longer consider things taboo, the rate of these things happening goes down.

6. Are you okay to watch a movie already in progress or do you need to always see it from the beginning? How about jumping into a TV series somewhere in the middle? Is that okay?

If it’s a movie I have already seen, I am ok coming in at any point. If it’s one I have not seen and really want to, beginning is crucial. As for a TV series, I’d prefer to start at the beginning and not skip around. We’re currently making our way through The Middle and we’re on season 2. Sometimes they have episodes on TV and I watch it and feel like I’m cheating.

Oh none of them trip me up. Sorry, but I’m an English instructor and total nazi when it comes to this. The one that kills me the most is the unnecessary apostrophe. My kids’ school’s newsletter wrote, “Dad’s take your kids to school” and I wanted to scream and stab someone.

I totally didn’t blog yesterday because I had the weirdest thing happen. I felt fine on the way to work but when I got here, I was so dizzy I couldn’t walk a straight line. After eating, I thought I might feel better but no go. I stuck around for maybe 45 minutes then dragged my butt home. I put peppermint oil on my temples and diffused lavender. That nap was one of the best sleeps I have ever had! Sadly, when I woke up, my head still hurt and so did my fine; sinuses! I was no longer dizzy, thankfully. I had the headache all day and I still do today. I’m powering through because a.) I lost precious work time and b.) I have to watch these darn kids. I will say, we’ll probably go around 12:30. There’s only so long they can entertain themselves and I know they’re hungry. I am too!